Ukamaka Olisakwe is a Nigerian novelist, short story writer and screenwriter. In 2014 she was chosen as one of Sub-Saharan Africa’s most promising writers under the age of 40. She was born in Kano, Nigeria, and in 2016, was a resident at the University of Iowa’s International Writing Program.

Her writing has appeared in Catapult, the New York Times and The Rumpus. She wrote the screenplay for The Calabash, a Nigerian television series that premiered in 2015 on Africa Magic Showcase.

It was the early eighties, around the time a group of senior army officers overthrew the democratically elected government, when Austrian lace and aso-oke were trendy and church services were fashion shows – an endless, shameless carnival of women in colourful blouses blended with expensive ichafu which they tied in layers and pleats until the scarves were piled atop their heads like large plants, obstructing the view of everyone seated behind them. Everyone looked forward to
Sundays, to going to church. Those who could not afford these processions snuck in very early for the children’s service, because that was the graceful thing to do – to worship with children in their simple clothes of cheap blouses over Nigerian wax, and okrika shoes whose heels had worn out and made koi-koi-koi sounds on the tiled floor.

It was on a Monday after one of those Sundays that Ogadinma walked into Barrister Chima’s office for the first time.

The room was empty. The fan whirled, scattering the papers on the cluttered desk. They floated to the floor, slid under the table, under the chair, by the door and by her feet. She wondered if it would be awkward to walk in uninvited and pick them up. She knocked again, louder this time. ‘Hello!’ she called out, her voice echoing.  There was a click of heels. A girl emerged from the connecting door, her blue skirt so short she would not be comfortable if she were to bend over to get the papers. The name tag pinned to her white blouse said she was ‘Amara’.

‘What do you want?’ she asked, her gaze piercing.

‘Your papers,’ Ogadinma pointed at the floor, but Amara wrinkled her nose, ignoring the scattered sheets, arching an eyebrow. ‘I am looking for Barrister Chima,’ Ogadinma said, bringing out the business card her father gave her, holding it up for Amara to see.

‘Come in,’ Amara said, waving her into the waiting room, and only after Ogadinma had gone in did Amara crouch carefully – not bend, because she could never
bend without exposing her underwear – to pick up the scattered papers.

When her father described the address, Ogadinma had expected a proper workplace, or at least, a hall split into cubicles. She had never been in a barrister’s office and so did not know what the place would look like. But this was anything but an office. It was a typical two- or three-bedroom flat, the same model many houses around the area replicated. Without being told, she knew that the ‘waiting room’ was originally designed to be a parlour, that the connecting door led to Barrister Chima’s office which most likely had a master toilet. A small TV, half the size of her family’s Philips black-and-white TV, was locked away in a metal cage knocked into the wall. She resisted the urge to laugh, because who on God’s earth would want anything to do with that toy?

Amara returned but headed straight for the barrister’s office. ‘Barrister Chima will see you after he is done attending to the client inside,’ she said when she re-emerged, an exaggerated air of importance about her. Ogadinma began to say, ‘thank you’, but Amara was already koi-koi-ing away. She looked no more than
seventeen or eighteen, perhaps a secondary school leaver like Ogadinma, who was passing time as a receptionist while waiting for a university admission letter.

A short bespectacled man walked in and took the seat opposite. Ogadinma greeted him but the man did not respond. Soon other visitors arrived, some wearing long faces, others tapping their feet impatiently after a few minutes. Ogadinma wondered what cases they were battling, or if they had also come to seek Barrister
Chima’s help with things like getting an admission into a university. She opened her bag and brought out her JAMB result. 240: good enough to get her an admission
into the state university. But her father wanted her to study in the east, so she had chosen the University of Nigeria in Nsukka. Nsukka was a place they barely knew: plus, often, the number of students that passed the exam exceeded the capacity a school could admit, so it was customary to go through people who knew powerful
staff in a university. Why they needed Barrister Chima’s help.

She folded the test result into her handbag. The room had filled to bursting. Visitors were sitting, standing, hanging by the door. A man came out of Barrister Chima’s office, dragging a walking stick. He adjusted his glasses and made for the reception.

Amara went into the office and returned seconds later. ‘Barrister Chima will see you now,’ she told Ogadinma. Her skirt had ridden higher up her thighs.
The barrister was seated behind his desk, his head bent over a sheaf of paper, the room chilled to freezing point, the shelves cluttered with law books.
‘Good morning, sir,’ Ogadinma said, and stood waiting for the invitation to sit.
He lifted his head, a man not much older than her father, but with features so striking, it was as though his face was chiselled out of fine wood, his skin the colour
of roasted groundnut husk. He waved her over to the only chair across from his desk and held her gaze with eyes that made her forget how to speak, how to move.
She became conscious of her outfit, the loose skirt that stopped at her ankles, her cornrows that were old and fuzzy. Her heart was scudding hard.
‘Good morning, sir,’ she said again, folding her hands on her lap. She could not hold his gaze, and so she stared at a spot on his chest.

‘You don’t look seventeen at all.’

She waited for him to say how old she looked. He didn’t. Instead he went on to ask questions about her visit: who sent her, who her father was. ‘I have never met
him,’ he said, his tone dismissive. ‘I don’t know how he got my card.’

He was speaking too fast. Ogadinma wanted to explain that her father got the contact through a customer who spoke highly of Barrister Chima. But the words were clogged in her throat; he was talking too fast. He was in a haste to send her on her way, or he was orchestrating this to make her miserable. She moved closer to the edge of her chair, her hands held out, and when she spoke, she could barely hear herself.

‘Help me, please. I don’t want to stay at home for one year doing nothing,’ she said, her hands still bunched together. ‘Please, help me, sir.’

He was looking at her, his eyes unblinking. Ogadinma lowered her eyes, dug her fingers into her palms. There was a knock and then the door opened. Amara looked in, passed a curious glance at her before turning to her boss.

‘Madam Afuecheta is here. I have told her to wait. She is crying,’ she said.

Barrister Chima nodded, and Amara left. When he spoke again, his words were slower. ‘I am going to attend to a desperate client. Will you come back by three, so we can talk about this admission you seek?’

She was bobbing her head even before he was done speaking. ‘Yes, sir, I will come back by three. Thank you so much, sir.’

But he had returned to the sheaf of papers. Her cue to leave. She thanked him again, furiously. When she walked into the hot waiting room, she was so giddy she almost stumbled. She was able to breathe again. 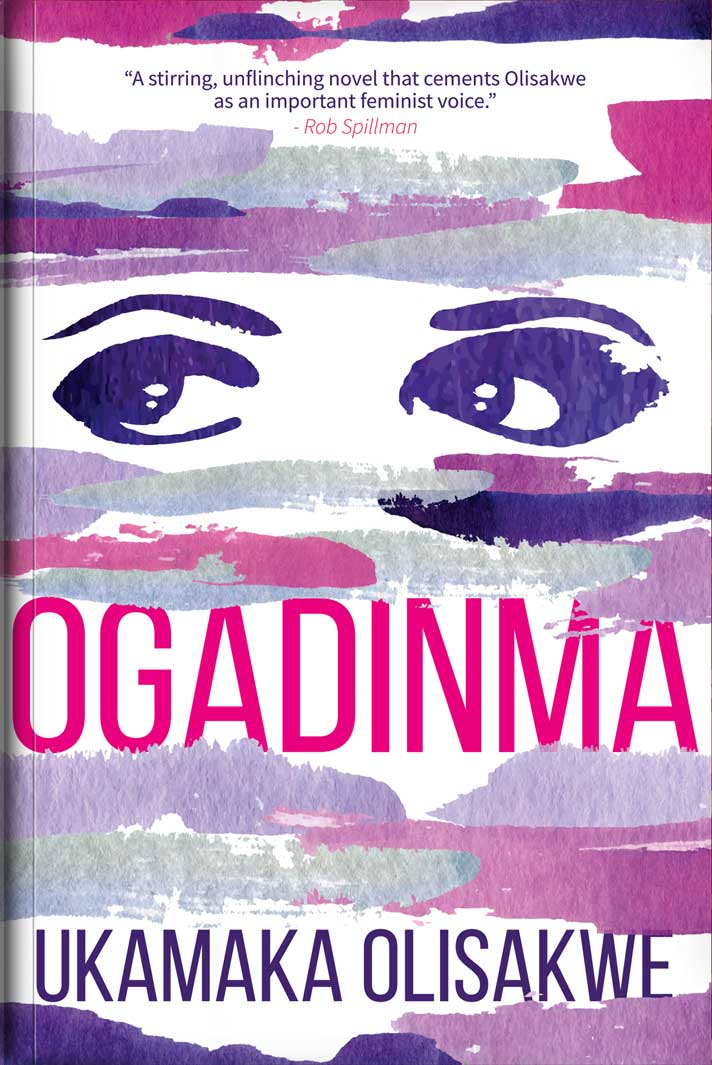 #OneRead Reviews Ogadinma: The Character I Most Identify With
«
Prev
1
/
1
Next
»