Born in Nigeria, Odafe Atogun is a writer who draws inspiration from his African society to create a unique and colourful world where humankind is consumed by a common desire for change. His debut novel, Taduno’s Song, was selected for the BBC Radio 2 Book Club. It was first published in the UK by Canongate Books in August 2016 and in the US by Pantheon Books, a division of Penguin Random House, in March 2017. It has been translated into German, Italian and Turkish, with other countries soon to come.

Following his two-book deal with Canongate, Penguin Random House and Arche, he completed his second novel, Wake Me When I’m Gone, which was published in the UK in August 2017. Now a full-time writer based in Abuja, he is working on his third book.

The morning the letter arrived he was like a man in a shell, deaf to the voices in his head from a distant place, calling him, imploring him with old promises. It was a dull morning with no hint of sun, no hint of rain, no hint of anything; just a dull morning that brought a letter in a stained brown envelope from his homeland, delivered by an elderly postman wearing horn-rimmed spectacles and boots twice the size of his feet.

Studying the handwriting on the envelope, his eyes lit up in recognition. But then a frown crept across his face and he wondered how a letter simply marked TADUNO—no last name, no address, just Taduno—managed to reach him in a nameless foreign town. He thought of asking the postman how he found him with no address, but because he could not speak the language of the people of that town, he merely gave a small nod of thanks and watched the elderly man drag himself away in his oversized boots until he became a speck in the distance.
The letter changed the tone of his day and he knew, even before he began to read it, that the time had come for him to go back. He had always known that that day would come, but he never suspected it would be prompted by a mysterious letter portending a vague but grave disaster.

He settled into a chair by an open window and studied the empty street. He saw no movement, no life, nothing; just an emptiness that came at him in waves. A small sigh escaped him, and as the barking of a lone dog cracked the quiet neighbourhood, he adjusted his seat for a better view of the street. He saw the dog a little way off, scrawny and lonely, wandering with an invisible burden on its tired back. It was the first and only time he would see a dog in that town, and he suspected that, like himself, it must have strayed into exile from a country
governed by a ruthless dictator. He felt sorry for the dog. He shook his head and began to read the letter.

Dear Taduno,
I hope you are very well and that the country
where you have found refuge is treating you kindly.
I know you’ll wonder how I managed to get this
letter across to you without an address. Well, all I
can say is ‘where there is a will there is always a
way’.
At first I did not want to write because I
thought you deserve the opportunity to start life
afresh and build new memories. But I must confess
that ever since you left, life has been an unbearable
torture for me. I have never stopped thinking about
you, and I never will. Do you remember all the
dreams we shared but never lived, the future we
never realised? I remember. I have remembered
every day since you left. But that’s not why I write
this letter.
Forgive me if my letter disrupts the peace you

must be enjoying now. Forgive me if it brings back
all the bad memories you fled. Forgive me for this
invasion of your new life. But I thought I would
not be doing you any good by failing to inform you
now of what may turn out to be a tragic discovery
for you later.
In time to come, should you yield to the
pull of your roots, you may be returning home to
unpleasant surprises. Since you left, very strange
things have been happening in Nigeria, and Lagos
particularly has changed in a way I cannot describe
with words. I must confess, I don’t know exactly
what is going on—nobody knows; all I can say is
that things are changing drastically here, and the
city of Lagos is not the same as we used to know it.
This is why I thought I should write, to
encourage you to build a life elsewhere knowing
that very soon nothing may remain the same here.
For me, I continue to hold on to old memories.
They are all that will be left when there is nothing
left. I pray earnestly that you find new memories
to cherish.
Look after yourself.
Goodbye.
Lela

By the time he finished reading, it was no longer a morning with no hint of anything. The letter had changed that, and now he felt the urgent need to get some fresh air. He left the letter on the coffee table and went out into the garden where he wandered without any sense of time, troubled by the terribleness of a message he did not understand. He went through the letter again in his mind, very slowly, and he shuddered at the prospect of building a life elsewhere without Lela. Why would she even think like that? What’s going on back home? Questions ran across his mind; a familiar fear tugged at him.

Hours on, the grumblings of his stomach led him back into the house. In the kitchen, he could not make up his mind what to eat. The indecision killed his hunger, replacing it with a need to read the letter all over again. The echoes of his footsteps followed him into the living room, but he could not find the letter on the coffee table where he had left it. He looked under the table, all over the floor, everywhere. He searched frantically without luck. And then it occurred to him that, possibly, the elderly postman had returned to get the letter while he was out in the garden. But how could he? Surely he couldn’t have gained entrance into the house.
For some reason, he remembered the lone dog. He felt its hopelessness, its loneliness, and he wondered how it was faring in the street. He searched for the letter all morning, but he couldn’t find it; and, telling himself that he did not need
to find it to take the decision to return to his homeland, he began earnest preparations to leave a town where he had been living in exile for almost three months.

He had arrived in that town with a single bag and the dream of returning home one day to continue the fight to liberate his country from a ruthless dictator. It was a very beautiful town indeed, and for hours he roamed the largely deserted streets shrouded in secret and ageless silence. The town boasted very stately houses,
many unoccupied, as stated by small silver signs posted on low gates. He discovered that every empty house had a key in the front lock, as if waiting to be occupied, begging to be occupied. He wondered at the sheer magnificence
of the houses. He wondered at the manicured gardens. He roamed the streets until his legs got weary. And then he settled into a small white house with a big garden in
a remote neighbourhood where life is as quiet at midday as at midnight.

He did not make friends, partly because he did not understand the language and partly because he lived on a virtually deserted street. He wondered why there were
so many empty houses in the town, why he rarely saw people in the streets. At first he was consumed by fear, knowing he was an illegal occupant of the white house.
But as the days went by and no one came to evict him, his fear waned and he settled into the monotony of a safe life far away from the reach of the Nigerian dictator.

The town was a perfect haven for him. No one knew him and no one made any attempt to know him. He spoke to no one, no one spoke to him. The few people he encountered on his lonely trips to the grocery shop in the centre of town simply stared at him, without hostility, without friendliness, knowing he was a harmless
stranger amongst them. The owner of the grocery shop would merely give him a toothless grin as he paid for his groceries. Somehow, he never had any problem knowing the right amount of money to pay. He would carry his grocery bags, one in each hand, and walk quietly back to the white house.

He had very little to pack over the following days, and he did so with the slowness of a man whose heart was filled with memories of pain. He thought of going to say goodbye to the owner of the grocery shop, to share his toothless grin one last time. He longed to say some sort of goodbye; a thank-you maybe, for the hospitality he had enjoyed in that town. But knowing how sad goodbyes could be, he told himself it was best to leave with no goodbyes. So he focused on packing his single
bag the same way he had arrived with it. His preparations complete, he paused to reflect on his experience of exile, and he realised that it was far different from anything he had ever heard or read. In exile you live life counting the seconds and minutes and hours, allowing yourself to be consumed by ennui, as indistinct days roll one into another.

The day before his departure, he roamed the streets in search of the scrawny dog, eager to know that it was doing well. Everywhere he went he felt eyes peering at
him from curtained windows, but he wasn’t concerned because he knew that he would be gone in the morning. So he explored the town, as far and fast as his legs would carry him. He saw faces he had never seen before and discovered places he never knew existed. His search led him on, hour after hour, through near-empty streets and along desolate paths. He searched everywhere, but he failed to find the
dog. For a while he was sad; but knowing that the people of that town were very accommodating, he told himself that the dog would find a good home. Comforted by this thought, he returned home to Lagos. 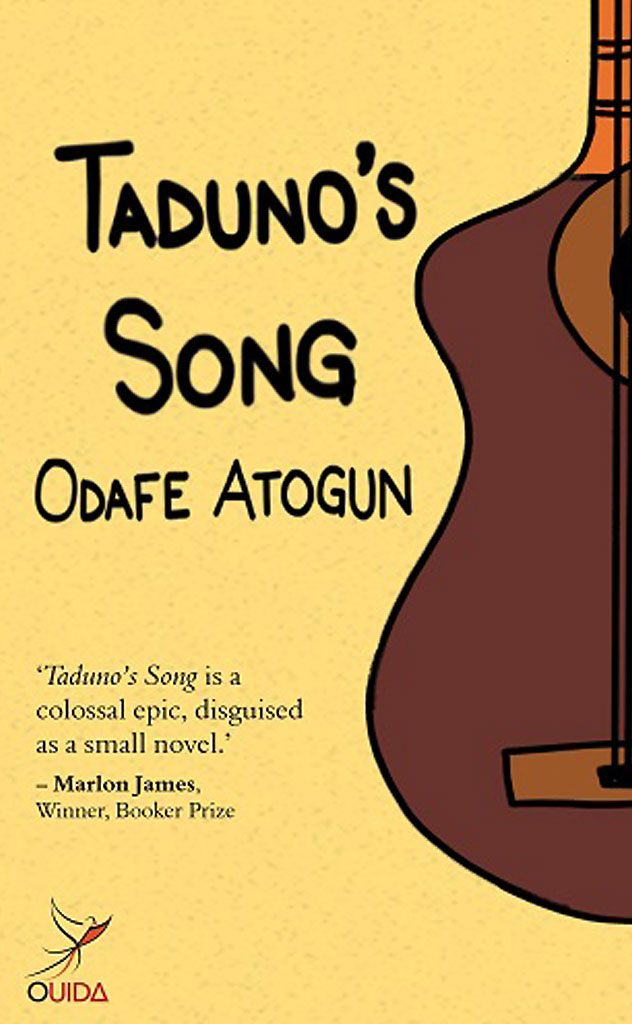