Author for the Month of June

Helon Habila is a Professor of Creative Writing at George Mason University, Virginia. He was born in Nigeria where he worked as a journalist before moving to the US. He is the author of four novels: Waiting for an Angel, Measuring Time, Oil on Water and Travellers.

He edited The Granta Book of The African Short Story. His book of nonfiction, The Chibok Girls, focuses on the 276 school girls kidnapped by Boko Haram Islamists in northeastern Nigeria in 2014. Habila is a regular contributor to the UK Guardian, and a contributing editor to the Virginia Quarterly Review.

Habila’s work has won many awards including the Caine Prize, the Commonwealth Writers Prize (Africa Region), The Virginia Library Prize for Fiction , and the Windham-Campbell Prize, among many others.

The school was once a home for single mothers, but eventually the mothers moved on and only the children were left. The school is made up of two cheerless structures–one noticeably newer than the other–behind waist-high cinder-block walls and giant fir trees. In the evenings the children ran in the park, jumping on trampolines and kicking around balls, their voices cutting through the frigid air clear as the bell ringing.

In the mornings they sat in the courtyard behind the short fence to craft wooden animals and osier baskets under the watchful eyes of their minders. Once, out early with Gina, one of the boys, anywhere between the ages of eight and ten, sighted us and rushed to the low wall, he leaned over the top, almost vaulting over, his face lit up with smiles, all the while waving to us and shouting, ‘Schokolade! Schokolade!’ I turned away, ignoring him. Gina stopped and waved back to him. ‘Hello!’ How his eyes grew and grew in his tiny face! Surprise mingled with pleasure as he ran back to his mates. He repeated this whenever he saw us, and Gina always indulged him, but I never got used to it. I never got used to the thin, eager voice, and how the other children, about a dozen or so, stopped and raised their eerily identical blond heads and blue eyes to watch him waving and calling ‘Schocolade!’ as if his life depended on it. 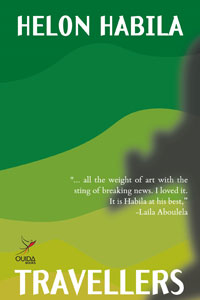