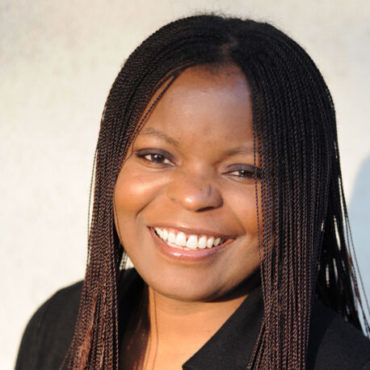 By One ReadSeptember 30, 2020 One Read Interviews

Petina Gappah is the author of critically-acclaimed books including: The Book of Memory, An Elegy for Easterly and Rotten Row. In this interview, she talks about her novel, Out of Darkness, Shining Light, the One Read Book of the Month for September.

One Read: Congratulations on Out of Darkness, Shining Light. How long did the novel take to write?

Petina Gappah: Thank you so much. It took about 20 years of research, travel and writing, but in between I wrote four other books, one of which was stolen when a Georgian gang broke into my flat in Geneva and stole my computer, and three which were published over the last 12 years.

How important is it for you that African readers get to read the novel on the One Read App, and in the same month of its UK paperback release?

It matters hugely to me. I am absolutely fundamentalist about taking African readers seriously as a market of consumers. Ousmane Sembene talked of how Africa was his audience, and the West and the rest were markets, I am not quite of that view, but I have been having 12 years of conversations with my publishers about taking Africa seriously as both an audience and a market, so to have this interest expressed in such a clever, innovative, technology-driven way really felt like vindication.

What led you to visiting the historical period of this novel in your fiction?

I love all periods of African history, from the Bantu migrations, precolonial kingdoms to the independence movements, but because I am an amateur social historian, I am particularly drawn to those eras that resulted in rapid change and social transformation, what Fukuyama calls a clash of civilisations. The encounter of Africans with Victorian explorers leading as it did to The Scramble for Africa, and the almost total colonisation of the continent, with, in its wake, the modernity and religious transformation that completely redefined African societies was too interesting a prospect to pass up.

The book on the surface is about David Livingstone, but he himself is largely absent in the narrative. Can you say a bit about this choice on your part as the author?

I deliberately chose to start the book with a dead Livingstone because I wanted this book to be about his companions, as well as about how he appeared to his companions. So like Shakespeare’s Julius Caesar, the protagonist who is central to the action is largely dead, he is still the animating force to the action but also occupies a very small part of the action. In other words, he is not important as a living man, he is important for what he represents.

Would you agree that the book offers a commentary on who gets to tell the African story?

I don’t really know that there is one African story, I think there are many African stories, and they should all be told. There are as many African stories as there are Africans to tell them. But this was an opportunity for me to present an African take on how some stories are told, how some people end up marginalised and erased because they are not centred in popular narratives.

I was inspired to take a subaltern view of history, I really love Bertolt Brecht’s A Worker Reads History. You know, “Who Built the Seven Gates of Thebes? The books are filled with names of Kings. Was it kings who hauled the craggy blocks of stone? And Babylon, many times destroyed, Who built it up each time? Caesar defeated the Gauls, was he alone, without even a cook?”

My book is infused with that subaltern spirit, all my work in fact is concerned with what I call small lives. I was inspired to write because in the West, the narrative of my country under Mugabe focused so heavily on the plight of white farmers. And I thought hang on, something is off about this. So I set out to address what I thought was off.

You’ve said that the bones of the novel are rooted in history but that the story is fictional in the main. What is the inspiration for the fictional aspects?

Just really my twisted imagination, I suppose! I wanted to write a gripping adventure story, with elements of classic tropes like a quest narrative, and a fish out of water story, all taking place in a large group travelling under stress, far from human settlements, and carrying, of all things, a sun-dried dead body. To add to the sense of isolating pressure and surrealism, I inserted a couple of love triangles and a few mysterious deaths.

We are interested in the use of humour in the book, particularly in relation to the character of Halima.

I really enjoyed writing Halima, she was a real gift, and she is the vehicle through which humour entered the story. I find it difficult not to have humour in my writing, even when the subject is really serious. My favourite part of writing was when I described what they did to poor Livingstone’s body, I always say I unleashed my inner Stephen King in that scene! I am currently writing yet another novel about my obsession with the death penalty. The Holocaust is in there too, but I just can’t hold back the humour.

Which character did you enjoy writing the most, and why?

I loved writing Jacob Wainwright, who is a seriously uptight and most superior young man with ambitions to don the collar of a priest, and as a missionary, save the continent from itself. He is a character that European readers may find exaggerated, but every African will know a Jacob Wainwright, a self-loathing man, usually a politician, who has “eaten big book”, has expensive trinkets and believes his education and material status should give him special privileges over others. Narcissists make such wonderful characters, don’t they, the self-delusion, the grandeur.

What kind of feedback have you been getting from readers on the novel?

It’s been mainly warm, and very positive so far, which makes me happy. It also seems to have fed into the general conversation about decolonising history, which is very gratifying. It’s rare that you work on a book for as long as I did, then when it’s published, becomes very much a book about the moment in which it appears.

What would you like One Read subscribers to take away from Out of Darkness, Shining Light?

I hope they take away an immersive and pleasurable reading experience. I love books that stay with you long after you finish them, and I really hope that this book does that.